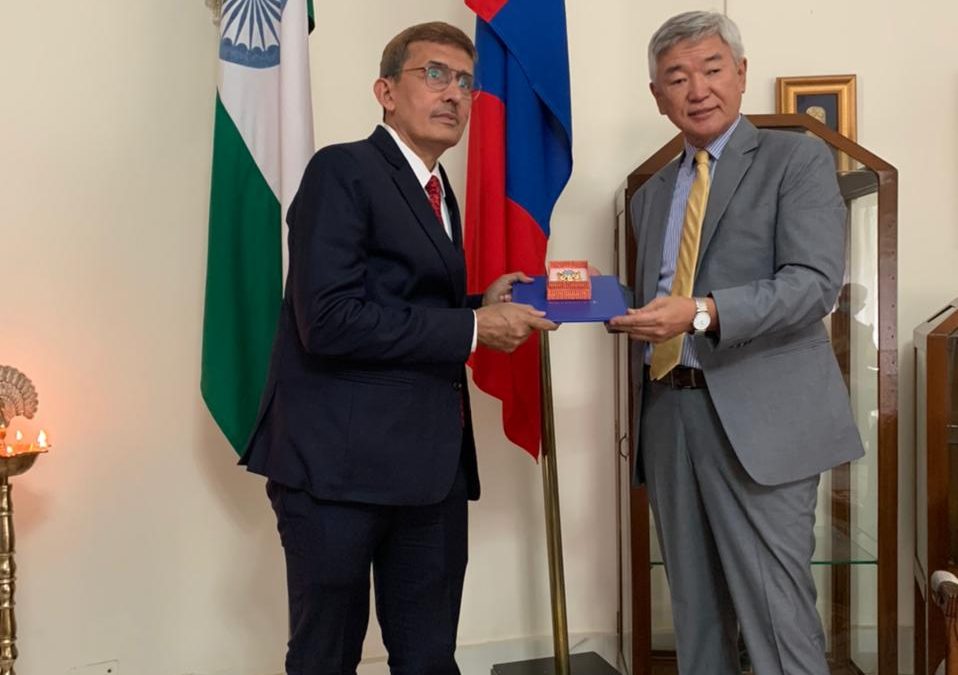 New Delhi, June 24, 2021: Shri RK Sabharwal, C&MD, Engineers India Ltd. (EIL) has been honoured with the highest civilian award of Mongolia “The Order of Polar Star” by His Excellency, the President of Mongolia to recognize the outstanding contribution made by him towards the establishment of first ever oil Refinery in Mongolia. This award was presented, on behalf of the Government of Mongolia, by His Excellency, the Ambassador of Mongolia to India, Mr. Gonching Ganbold, at a ceremony organized at the Embassy of Mongolia, India on 24th June, 2021.

The Order of Polar Star is the most desirable and prestigious state award bestowed by the President of Mongolia which is highly valuable and distinguished and recognises individuals who have made invaluable contribution with their outstanding hard work, intelligence and sincerity to the prosperity of Mongolia and its friendship with other nations, as well for outstanding contributions in the fields of arts, culture, science and humanity.

After continued efforts, EIL secured the contract for providing Project Management Consultancy (PMC) services for the 1.5 MMTPA Grassroot refinery project. The work on this refinery is progressing well and while creating tremendous job opportunities in Mongolia, would also provide great opportunities to Indian industry to provide its goods and services for the refinery.

This link shall take you to a webpage outside https://engineersindia.com. For any query regarding the contents of the linked page, please contact the webmaster of the concerned website.